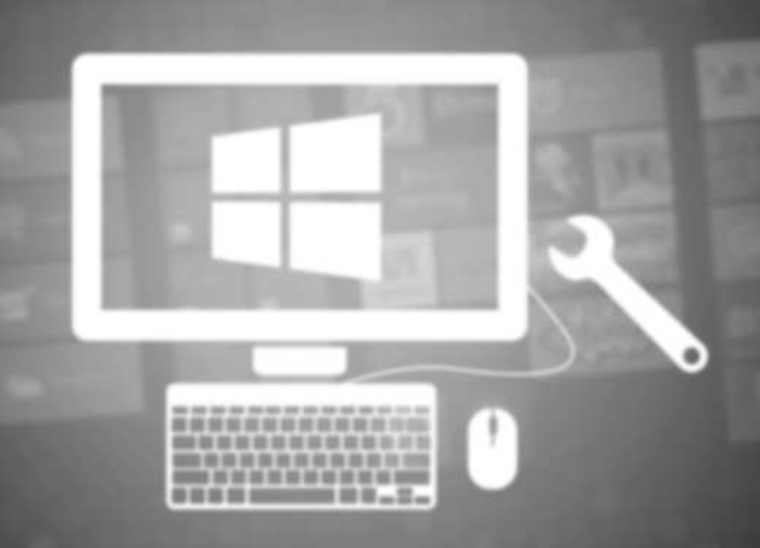 The phone rings. You interrupt the spreadsheet you’re been working on. There’s a moment of delay, a slight crackle then an Indian sounding voice says “Hello, I am from Windows support. I am calling because we can see you have a technical problem with your computer.”

You pause for a moment, head still in the spreadsheet and remember Excel crashed earlier and the damn machine was as slow as hell. “Oh yes,” you say, “how do you know?”

“We are able to tell. It comes up on our system. You have errors on your computer and we need to fix them.”

After a little more persuading, you agree to let him connect to your computer remotely. While he’s still on the phone, you watch your mouse pointer moving around your screen by itself. Then a nasty looking dialogue box with a bunch of red error messages appears. “This is what I am talking about,” says the man from Windows Support.

You’re horrified. What the hell have the kids been doing on your laptop? “Can you fix it?” you tentatively ask.

“Oh yes, we can indeed fix it. But first I need to get your credit card details, as it is $400 for the repair.”

You’re a bit taken aback at the price, but the Windows Support man gets quite preachy. He goes on about the problems and danger you’re causing having such a faulty, infected computer on the Internet. Its even setting off their alarms. Which is why he rang you. He goes on to say that it’s probably a virus and could be stealing your banking login and even your identity. Right now.

Suddenly $400 seems a bargain. You pay the money. The cursor moves around and various dialogue boxes open and close. After a few minutes the man assures you he has fixed your computer. You feel a sense of relief as you hang-up and get back to your spreadsheet. Now at least the computer will behave and Excel won’t crash anymore.

But oh dear, your troubles have just begun. You’ve been scammed. Not only did you give a scammer your credit card details, but you allowed him access to your computer. While he was ‘fixing it’ he installed the Zeus Trojan to steal your banking details. Then for good measure, recruited your machine into a botnet army. (For later use as part of a Distributed Denial of Service (DDoS) attack against a government website.)

The first you’ll know of this is when you login to your bank account and see all your money has gone. You may then have a problem getting it back. Your bank may be very reluctant to repay you anything if they think you gave access willingly.

For the record, there was nothing wrong with your computer. The dialogue box with the errors was just standard Windows Event Viewer messages (which display harmless errors). It was used to ‘prove’ there were terrible problems with your computer and get you to pony up the $400 (price may vary). 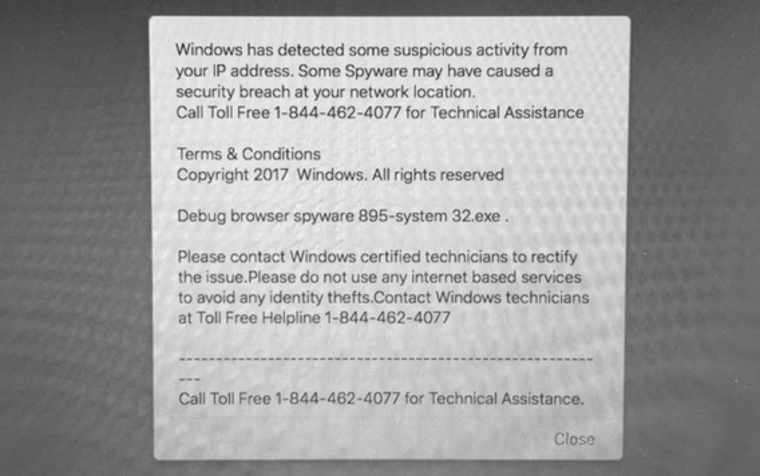 As well as the ‘outbound’ scammers that phone you, there’s a handy online version of the same scam that targets both Windows and Mac users. It works by throwing a popup into your browser that engulfs your entire screen. It says ‘Windows has detected some suspicious activity from your IP address. Some Spyware may have caused a security breach at your network location’ or something similar, and to call technical support immediately.

Some of them, like the one in the photo, actually shout at you to try and panic you into calling them or clicking their links. Needless to say, don’t do either. For a start, shut the browser down and clear it’s cache. That may get rid of it. If it doesn’t, you could have some adware or malware already installed. If you think that might be the case, follow the advice at MalwareTips to get rid of it.

Hopefully, at least after reading this, you’ll now know exactly how to reply should Windows Support come calling.